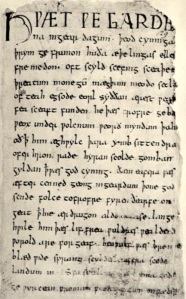 If you’ve ever found yourself in a place where the local tourism industry thrives on anachronism, you’ll be very familiar with shop signs that begin “Ye Olde…”

These signs try to convey a cozy old-fashioned atmosphere through forms of language that are from the past–or, at least, that seem to be from the past.  What’s particularly interesting about “ye” is that while it does have a traceable connection to older versions of English, it’s not the connection we might expect.

The “y” in “ye” derives from the Old English letter þ (called thorn) which in turn comes from the rune of the same name.  If you look at the image on the right (from the famous first page of the Beowulf manuscript; click to enlarge), you can see the letter thorn beginning the word þeod halfway through the first regular line (it’s just below the big ‘A’ of the opening words).  You can also see it at the beginning of the the next line (the second regular line), as the first letter in þrym.  Thorn was initially written only with straight strokes (like all runes), but as time and pens went on, it began to be written with more curves.  This made it look lot like y, especially to those looking back at older manuscripts once the letter þ had fallen out of use.  The letter þ was pronounced ‘th’ (hence the name “thorn”), and was used in Anglo-Saxon England to spell the extremely common word þe — which means “the”.

This confusion of þ with y, has given us signs like “Ye Olde Tea Shoppe,” and confused an awful lot of us into thinking that once upon a time the English used to say “ye,” when really they just said plain old “the.”

I learned this interesting tidbit from Oxford Professor Simon Horobin’s podcast on the History of English Pronunciation, which is full of all sorts of other fun stuff and can be found at: http://podcasts.ox.ac.uk/history-english-pronunciation

One thought on “The Mythical “Ye”” 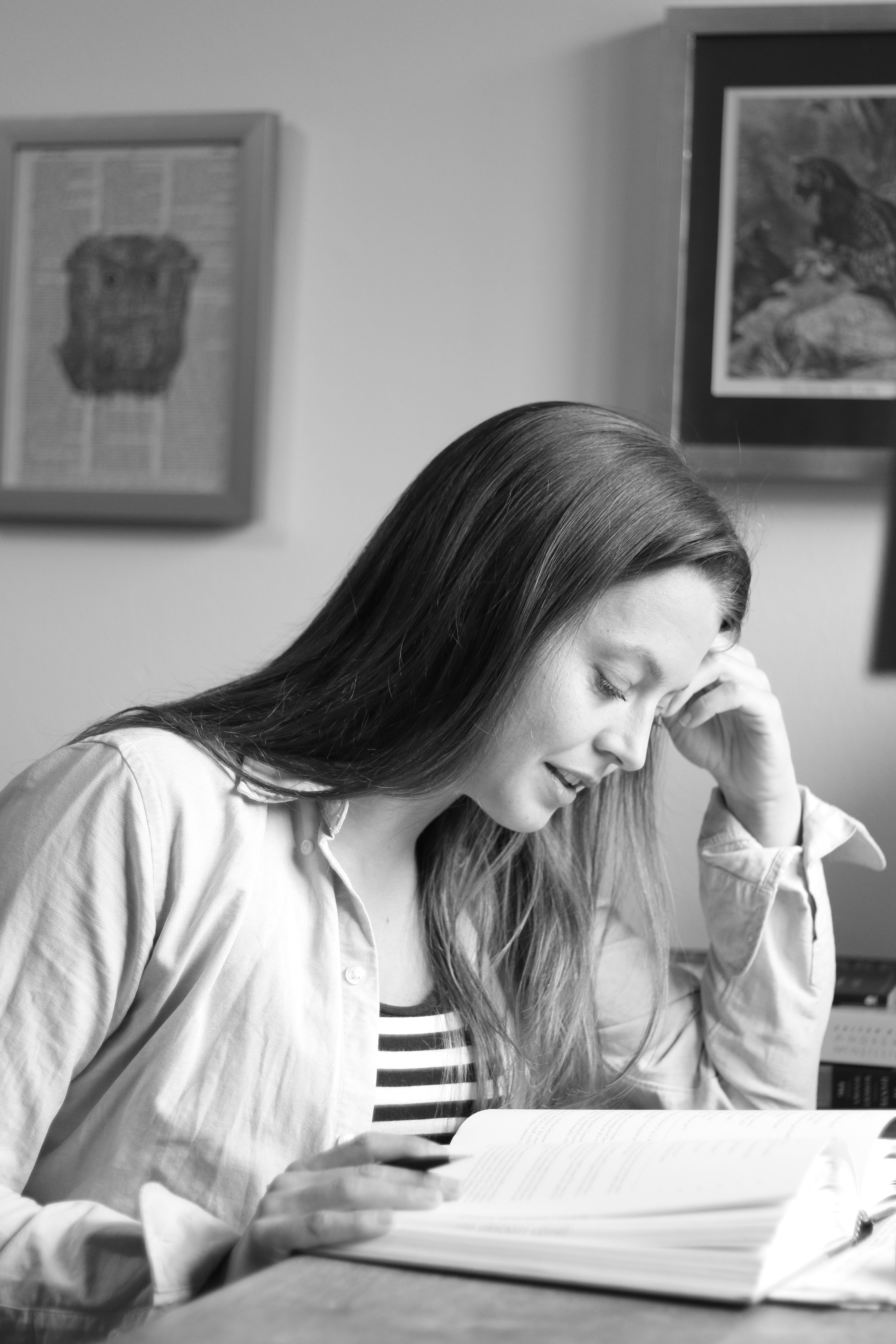